Do you dare to be different? Do you have a wild side? If so, the Phoenix Hotel may be for you. Even if you’re not typically adventurous, this funky hotel is an excellent option.

The Phoenix is located between San Francisco’s Tenderloin district and the Civic Center. It’s defined by 1950s architecture and an ultra-cool mid-century modern feel. The hotel has even been the crash pad for amazing bands like the Red Hot Chili Peppers, The Killers and Pearl Jam. Amazing, right?

This retro-styled rock palace features art from local artists, a tropical courtyard and a heated pool, which is quite a find in San Francisco.

Since the 1950s this motor lodge has been serving the needs of the world’s rock idols, and it’s located just a 4-minute walk from the Great American Music Hall nightclub. 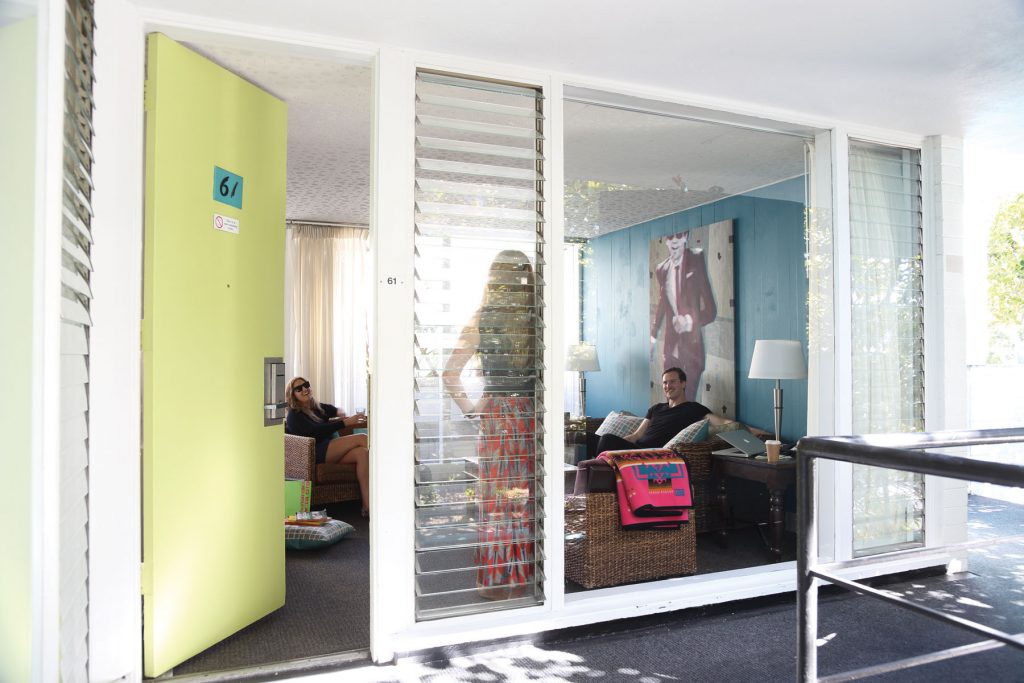 Chambers Eat + Drink is the onsite bar and restaurant, providing an atmosphere that combines vintage rock and roll with mid-century modern style.

This seasonally-driven eatery has a menu created by Trevor Ogden of Mission Beach Café and Umami fame. There’s quite a diverse array of influences found on the menu, fusing French, Japanese and Mediterranean flavors.

You can also relax poolside while you enjoy a bite to eat and a creative cocktail from Chambers.

Expect to see menu items like burgers topped with pork belly and the eggs royale which include hollandaise sauce and caviar.

Chambers Eat + Drink is certainly one of the biggest perks of being a visitor at The Phoenix.

While The Phoenix may have a history of serving as the late-night crash zone of grunge rockers, that doesn’t mean you’re not going to get luxury accommodations.

Every room is furnished in a bungalow style, which is a great fit with the motor lodge design of The Phoenix. You’ll also enjoy views of the tropically inspired central courtyard.

The Phoenix offers a couple of cool packages including the 21st Amendment Seasonal Brew Package and The Rockstar. With the 21st Amendment Seasonal Brew Package you’ll receive a 6-pack of San Francisco’s favorite seasonal brew and two logo koozies. With The Rockstar package you’ll receive a $25 credit for Chambers, a Phoenix Hotel fun book, two bottles of water and a Rock Walk Guide.

Ultimately when you’re a guest at The Phoenix you get to be a part of history. You’re part of the legendary San Francisco rock scene at its finest, and you’re also close to the Theater District. The gritty neighborhood surrounding the hotel is exciting and full of eclectic venues and people. The hotel is great if you love something different in terms of architecture, and you’re looking for a true adventure during your time in San Francisco.