As a frequent traveler to Atlanta, it’s certainly a city I love with great food, shopping and culture, but it’s not really a U.S. city that we typically associate with the kind of cool under-the-radar boutique hotels cities like New York and Miami are known for.

The Artmore seeks to change that. 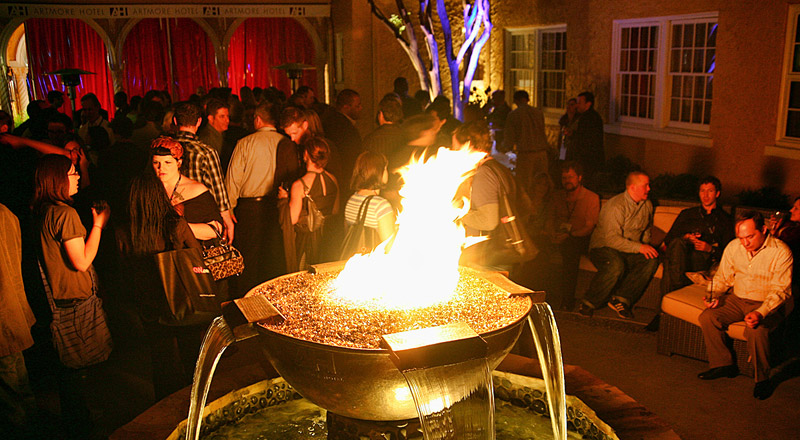 This Midtown hotel is unique from the mega-chain venues seen throughout most of Atlanta, and it offers a sense of distinction and uniqueness for Atlanta travelers looking for something out of the ordinary.

To begin with, Midtown is a great Atlanta location because it gives you such easy access to major neighborhoods and areas in the city including downtown and Buckhead. It’s a bit of the best of all worlds in terms of location. Midtown is really gaining steam with its reputation as being a funky, eclectic and fun neighborhood, and the city’s residents a flocking to this urban area, which means there’s a growing number of dining and nightlife options in the vicinity.

The Artmore puts you right in the middle of Midtown, but thanks to the charm and individuality of this independent hotel, you’re going to feel worlds away from the hustle and bustle of the city in many ways.

The Artmore is set in a renovated building originally constructed in 1924, featuring Spanish-inspired architecture. Located on West Peachtree, the hub of the Atlanta arts and cultural scene, The Artmore boasts historic architecture with chic amenities.

The bar & courtyard is one of the most unique features of The Artmore (although it’s difficult to narrow down this list).

The courtyard feels quintessentially Mediterranean, which is in-line with the architecture of the building. This urban outdoor space features a water fountain and it’s set against the backdrop of beautiful trees. It’s really a great place to enjoy a drink at The Artmore, or if the weather doesn’t permit you can slip into the Studio Bar & Cocktail Lounge.

The Studio Bar & Cocktail Lounge is a completely contemporary space featuring a long list of signature cocktail options as well as a menu of upscale bar bites.

The loft suite at The Artmore is really an interesting concept and you’ll have so many of the comforts of home that it doesn’t really feel like an urban boutique hotel. The loft suites include features such as a separate living room, wet bar, mini-bar provisions and complimentary high-speed wireless Internet.

Other suite options include one- and two-bedroom layouts.

With a one-bedroom suite you’re going to have your own fully-equipped kitchen as well as a dining area, and these features are similarly found in a two-bedroom suite at The Artmore.

While many of the common areas of The Artmore are done in a sleek, modern style, the rooms feel more warm and traditional with rich earth-inspired color palettes and mixing of materials like leather and metal. Rooms also include custom bedding, iPod docking stations and rain showerheads.